The page of the adventures of Pony Man 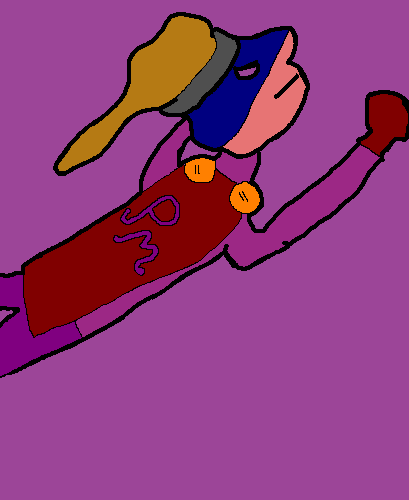 It was one fine day at Pony Ville. When a sudden shriek of terror arose and disturbed the silence. The sound was coming from Mrs. Jenkins house! At the speed of a pony Pony Man came to the scene of the crime. In terror Pony Man Watched in terror as Mrs. Jenkins was struggling to open her jar of Mayo! "I shall save you from that evil jar of mayo!"shouted pony Man. With super human strength Pony man was unable to open the jar of mayo. Pony man tried everything;hot water,pliers,a crowbar. Still the jar wouldn't open! Just as Pony Man was about to quit Mr. Baby Boo came in. Mr. Baby Boo was Mrs. Jenkins baby. With the power of baby strength Mr. Baby Boo opened the jar of mayo! Once again the town of Pony Ville was peaceful thanks to Mr. Baby Boo!

I approach the house, the neglected front porch greets me. Paint layers peeling off, windows look like they haven’t been cleaned in 9 years. One of the front steps is broken. I carefully make my way up to the front door. As I am about to knock on the door I notice the mailbox. A small spider has made it's home inside, along with numerous abandoned letters. I knock on the door. A few moments later a coarse voice beyond the door yells in slurred speech “ Come in it's open.”.

I nervously crack open the door. The smell of old tobacco, whiskey and mildew fill my nose. Inside I see piles of old tv dinners and beer cans scattered around. Cobwebs and small bugs dot the ceiling and walls. As I creep down the hallway a mouse scampers by. I continue walking each step accompanied by the creak of a floorboard until I find a room to my left.

Inside the room I see him. A husk of his former self. There sitting, slouched over in an armchair. A crystal glass is in his hand containing a brown clear liquid, most probably whiskey. He's wearing a stained wife beater and plaid pajama bottoms.

A lump forms in my throat, and my eyes begin to turn glossy. I try my best to hold back any tears. “Oh, my god... Look at you.” my voice trembles. “Oh leave me alone.” the man retorts, speech slightly slurred. “ You used to be someone,” I say. “Those days are long over, “ he replies, then takes a sip of his drink. “ The townsfolk need you! The city isn’t the same without you.” I reply, my voice has a slight tremble, as I hold back tears. The man takes another sip of his drink, then puts his drink down on the table next to him. “ They don’t need me anymore, I’m washed up, they have a better superhero anyways.” He appears very tense, god knows what demons he’s fighting on the inside.

I open my leather satchel and rummage around it until I find a jar of mayo. I pull out the jar and hold it in front of him. “ I need you Ponyman, I need you,” I answer. Tears begin to run down my face, my lips quiver and my nose turns a rosy hue. Ponyman’ s expression begins to change. His scorn begins to change to a slight smile. Tears begin to well in his eyes. He stands up from his chair. “ Alright Mrs. Jenkins, get me some hot water, pliers, and a crowbar.”  His voice has a new feeling of confidence as he speaks. “ At the speed of a pony sir.”

Go back to konrads home page.